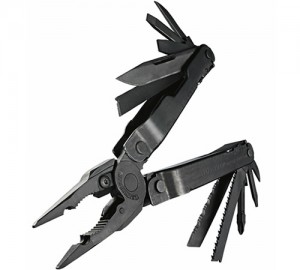 Most of the time bankruptcy is thought of as just a method to stop foreclosure or get rid of credit cards and other debt. But Chapter 13 bankruptcy is a powerful financial tool that can be used to restructure debts over an extended period of time. This can provide a way for an individual to control their debt load and maintain an acceptable standard of living.

Chapter 13 bankruptcy provides a means of erasing debt, reducing balances, and extending payments over a 36 to 60 month time period called “the plan”. During a Chapter 13 a debtor is under the protection of the court. All creditors, including the government, are prohibited from taking any action against the debtor or any property. The debtor’s real and personal property, paycheck and bank account are all protected from seizure and collection activity (with very limited exceptions).

Here are a few of the functions this super tool called Chapter 13 can do for you:

Bankruptcy Code § 108(a) allows a bankruptcy trustee to commence an action on behalf of a debtor’s estate within the period allowed by state law for such an action, or within two years after the filing of the bankruptcy, whichever is later. Stanley v. Trinchard, 579 F.3d 515, (5th Cir. 2009).

Don’t let the language about the trustee commencing the action concern you. The trustee will always keep on the original lawyer hired by the client. Trustees never handle personal injury or other cases themselves.

Any debt for a fine, penalty, or forfeiture payable to and for the benefit of a governmental unit, (other than a tax penalty), cannot be discharged in bankruptcy. All forms of criminal restitution will have to be paid in full. Chapter 13 can be used as a way to pay the restitution out over a five year period. These extended payments can be a lot lower than the monthly restitution payments ordered by the court. There may be occasions when the restitution cannot be paid in full over the maximum period allowed in a Chapter 13. The individual may need to do two or more Chapter 13 cases back to back. This would allow repayment of the restitution over a longer period than the 60 months allowed in a single Chapter 13.

State and federal income taxes can be discharged in Chapter 7 and Chapter 13, as long as they meet four basic criteria;

1) The due date for the tax return was at least 3 years prior to filing for bankruptcy;

2) The tax return must have been filed at least 2 years before filing the bankruptcy;

3) The taxes must have been assessed at least 240 days prior to filing bankruptcy; and

4) The taxpayer is not guilty of tax evasion and the tax return is not fraudulent.

Taxes that are not 3 years old, sales taxes, taxes withheld from employee salaries, and taxes that have priority status cannot be discharged, but they can be paid out over the length of a Chapter 13 plan. Paying delinquent taxes through a Chapter 13 bankruptcy stops the penalties and interest that would normally accrue.

Child support, alimony, maintenance and other Domestic Support Obligations cannot be discharged in any type of bankruptcy. Chapter 13 bankruptcy can be used to pay support arrearage over an extended length of time and can protect the debtor from incarceration for a previous failure to pay.

In addition to “curing” the past due support, a Chapter 13 plan must provide for the current and future payments of the support obligation to prevent the individual from getting behind during the bankruptcy.

A Chapter 13 can also provide an individual some relief if he or she has suffered one or more of the following penalties for failure to pay support: “the withholding, suspension, or restriction of a driver’s license, a professional or occupational license, or a recreational license, or the reporting of overdue support to a consumer reporting agency, or the interception of a tax refund.” These actions are excepted from the Automatic Stay and can continue despite the initial filing for bankruptcy protection. However, once the Chapter 13 plan is confirmed and payment of the past due support provided for in the plan, the continuation of any of these penalties would be a violation of the confirmed plan and the creditor could be subject to sanctions for continuing said activity.

Debts For Willful and Malicious Injury.

Student loans, whether private or federal, usually cannot be discharged in bankruptcy. There is a provision for a hardship discharge, but it is almost impossible for a younger individual to obtain. Outside of bankruptcy, anyone who has been on disability for three years can have their student loans forgiven. Other than that, these loans will be with the borrower for a long, long time. In the current job market many former students cannot get a job that provides enough income to make the monthly payments on their student loans.

Chapter 13 provides a way to decrease, stabilize or restructure the student loan payments to an amount that will allow the individual to maintain an adequate standard of living. In a Chapter 13 the payments can be structured to pay the loan in full, or pay a percentage of the regular monthly payment, or pay nothing. Absent payment in full, the loan will still be waiting on the borrower at the end of the bankruptcy and interest will still accrue during the bankruptcy. Chapter 13 or Chapter 7 can be used to wipe out other debts to free up money that can be used to make the student loan payments.

All secured debts (such as cars, trucks, furniture, appliances, household goods) can be stretched out in a Chapter 13, thereby lowering the monthly payment.

Secured debts (such as furniture, appliances, household goods, etc.) purchased more than one year prior to filing Chapter 13 can be “crammed down” and paid for at their current value and stretched out, which would lower the amount owed and the monthly payment.

Vehicles purchased more than 2½ years prior to filing Chapter 13 can be “crammed down” and paid for at their current value and this new amount can be stretched out, lowering the amount owed and the monthly payment.

Vehicles in the debtor’s name, but used by someone else in the family or used for business purposes, can be paid for at their current value, regardless of when they were purchased and this new amount can be stretched out, lowering the amount owed and the monthly payment.

The interest rate on secured debts in Chapter 13 is only 7%.

Co-signers, co-debtors and others liable on the debtor’s accounts are protected by the Chapter 13 filing even though they did not file bankruptcy.

Chapter 13 stops foreclosure proceedings and allows delinquent house notes to be paid back a little each month spread out over a 36-60 month plan.

If a homeowner has a 1st and 2nd mortgage on their residence and the mortgaged property is worth less than the amount owed on the 1st mortgage, the 2nd mortgage can be “stripped off” and wiped out in a Chapter 13.

Law suits against mortgage servicers for predatory lending, predatory servicing and other claims can be done within the Chapter 13 after the foreclosure has been halted.

Vehicles and other personal property repossessed by a creditor can be recovered by filing Chapter 13, as long as the bankruptcy is filed before the creditor sells or disposes of the collateral.

A lawsuit against any creditor or other defendant done within a bankruptcy proceeding is called an Adversary Proceeding. It is conducted by the bankruptcy judge and governed by the Federal Rules, Bankruptcy Rules, and Local Court Rules. There are no filing fees for the debtor and process is served by regular mail.