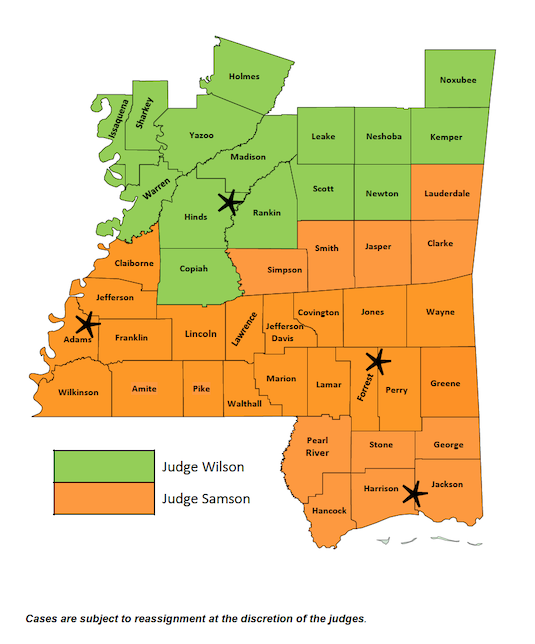 The addresses to the United States Bankruptcy Courthouses are as follows:

To view the calendar of Court Hearings / Meeting of Creditors, click here.

The Chapter 13 Trustees covering the Southern District of Mississippi bankruptcy cases are as follows:

The chapter 7 Trustees covering the Southern District of Mississippi bankruptcy cases are as follows:

When you file a Chapter 7 or a Chapter 13 bankruptcy case, the court’s Electronic Filing System assigns a court location, a Judge, and a Trustee to your case. Regardless of which type of case you file, the US Trustee remains the same. Then a date for your Meeting of Creditors is scheduled by the same system and it is set for approximately 30 days after the day your case is filed.

If you do not see your county listed above, take a look at the Northern District of MS United States Bankruptcy Court.